A TURN IN THE TRADES 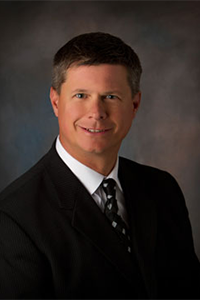 Over the last four years, G.J. Hopkins has seen a steadily rising influx of apprentices join its ranks. According to the company’s President, Ernie Caldwell, the numbers have climbed from an average of five or six apprentices in 2014 to thirty-one in 2018. He attributes this leap to a key change the company made to its apprenticeship program in 2015: paying apprentices upfront.
Hopkins’ traditional apprenticeship track took a reimbursement route. “If [the apprentice] made a passing grade and had a certain level of attendance,” Caldwell explains, “then we would reimburse the apprentice for the cost of going through the program each year.” While this approach ultimately compensated for the apprentice’s expenses, it still called for the kind of out-of-pocket money that budding tradesmen rarely have. With these expenses paid and the employee agreement signed, an apprentice can begin their four-year program exploring the mechanical, electrical, and plumbing trades at Hopkins.

Caldwell hopes to see this career path presented as a viable option for more students. “It’s a mindset change,” he explains. The trades can redirect the trend of intelligent kids undecided on their careers emerging from four years of college with piles of debt but no direction. Working through an apprenticeship can furnish them with two invaluable assets: time and money. With a financially stable four-year margin in which to try their hand at the working world, apprentices leave their program with the resources and experience to make better-informed career decisions.
An apprenticeship can shape any career future. “To be in construction, you have to have a good work ethic,” Caldwell explains. “[It] teach[es] you how things go together, and what comes out of a good, hard day’s work.” Whether someone emerges from an apprenticeship as an electrician or a future pharmacist, they will have learned and practiced the disciplines of hard work and self-sufficiency part and parcel of the construction industry.

AN INDUSTRY IN HIGH DEMAND

While Caldwell hopes to see the advantages of these apprenticeships benefitting the working world at large, he especially wants to alert the public to the extensive industrial need for construction workers. “This is a nationwide problem,” he says. “It’s convincing guidance counselors to allow the construction trade to be taught in their schools and show them that there’s a career path.”
The demand for the trades is alive and well. “Construction, at this time,” says Caldwell, “is one of the things that can’t be outsourced.” Electricity and plumbing are some of the most common conduits of our daily lives, and they still need installation. Caldwell explained how some major construction projects, such as a Facebook building in downtown Richmond, have been brought to a halt by the industrial shortage of electricians and the likes. “They just can’t find enough to get the work done and keep it on schedule.”

WILL YOU JOIN THE RANKS?

For these reasons, the benefits of Hopkins’ new apprenticeship program approach extend beyond the company into the working community. By making its apprenticeships a more financially viable option, the company is ushering more employees through the doors of possibilities in the construction industry. Will you try your hand at the trades?

Last year was a busy time for G.J. Hopkins, with projects in the Roanoke and New River valleys and beyond. Some of the industries they served include education, nonprofit, technology, and government. Here’s their list of top projects that they started or completed in... 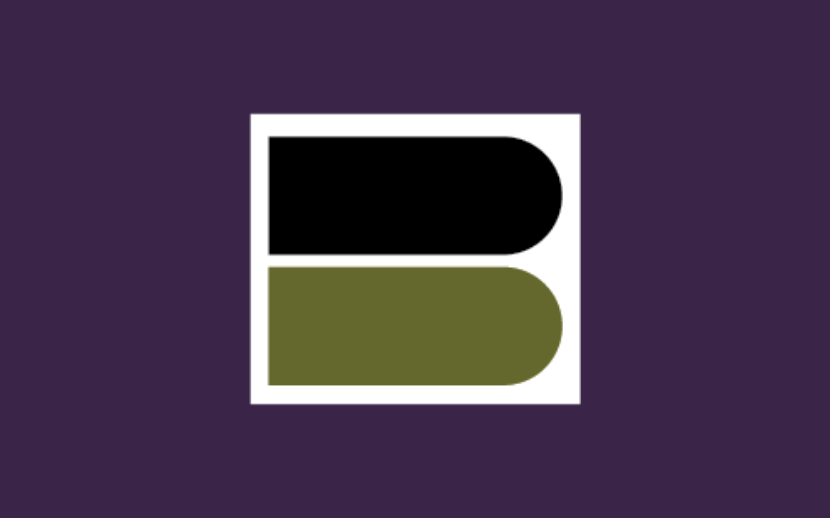 The Branch Group, Inc. has been recognized as a top contractor by Engineering News-Record (ENR) and Virginia Business magazine. With $391 million in revenue in 2018, Branch is ranked No. 249 on the 2019 ENR Top 400 Contractors list and No. 24 on ENR’s list of Top... 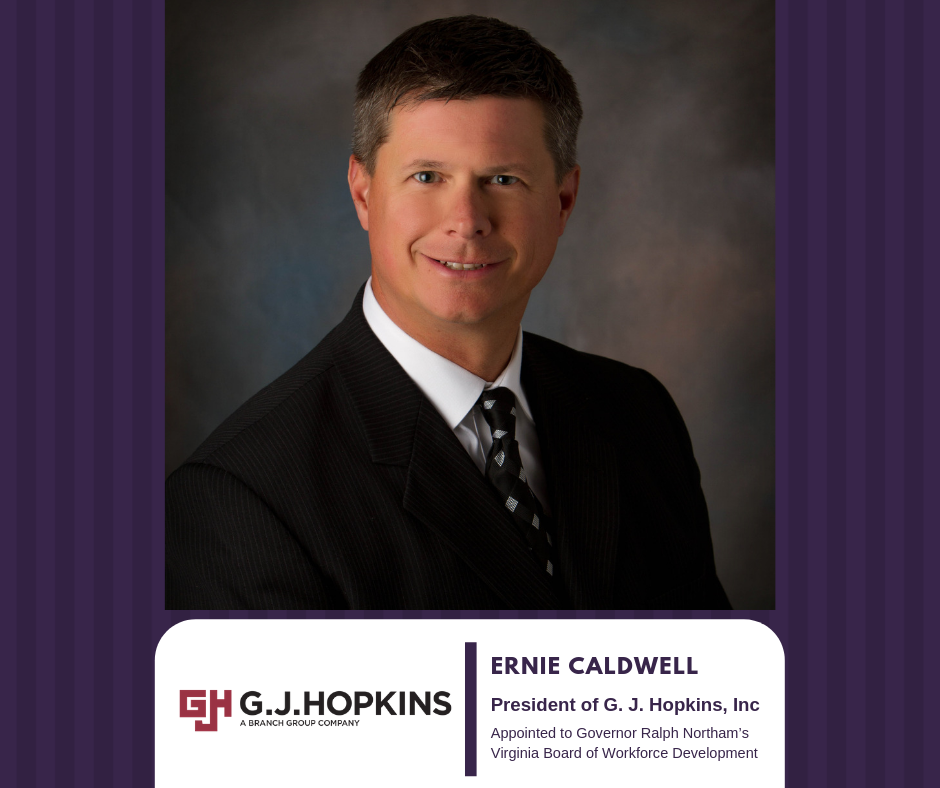 The Branch Group is proud to share Governor Ralph Northam’s nominations announced Friday for his Virginia Board of Workforce Development (VBWD). We are pleased to announce the appointment of Ernie Caldwell, President of G. J. Hopkins, a Branch Group Subsidiary...

The Branch Group recently established a new record of hours worked without a lost time injury…4.9 million. When it comes to safety, we place our primary focus on leading indicators (those that indicate progress) like minor incidents, near misses and project-level...

Will Karbach, CEO of The Branch Group, is pleased to announce the appointment of Ernie Caldwell as a member of Governor Ralph Northam’s Build Virginia Advisory Board.  Ernie is the President of G. J. Hopkins, Inc., a mechanical, electrical, plumbing, and HVAC service...

The Branch Group and operating companies are now Virginia Values Veterans V3-Certified. We will be focusing our hiring and retention efforts to specifically hire and retain veterans. “We believe that veterans, including guardsmen and reservists, do and will continue...