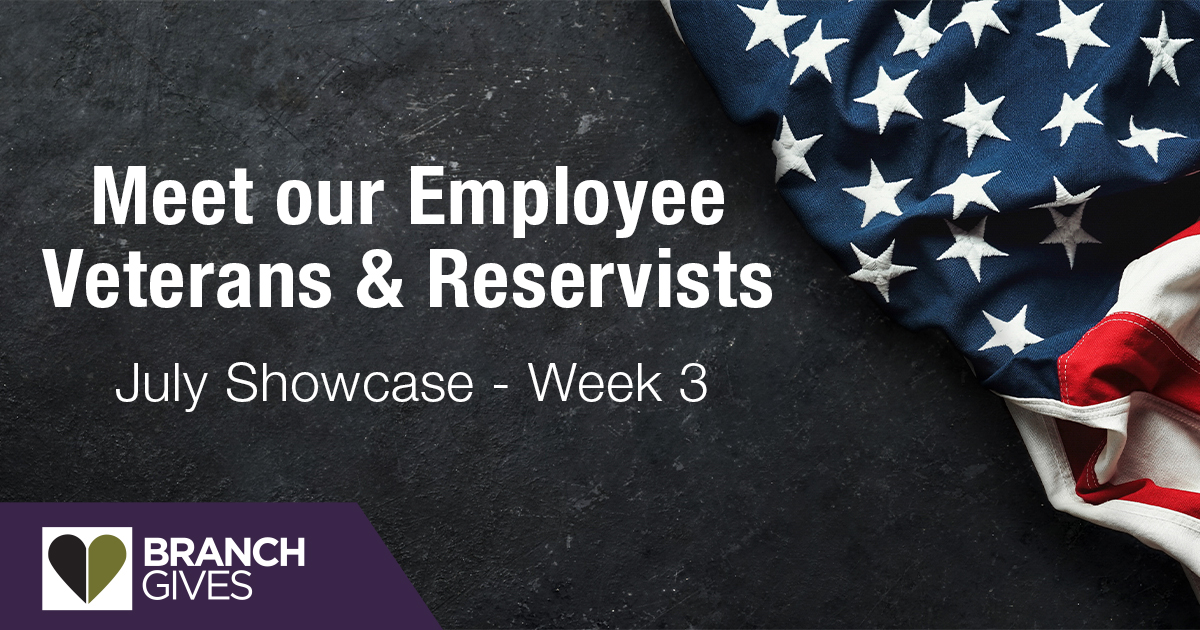 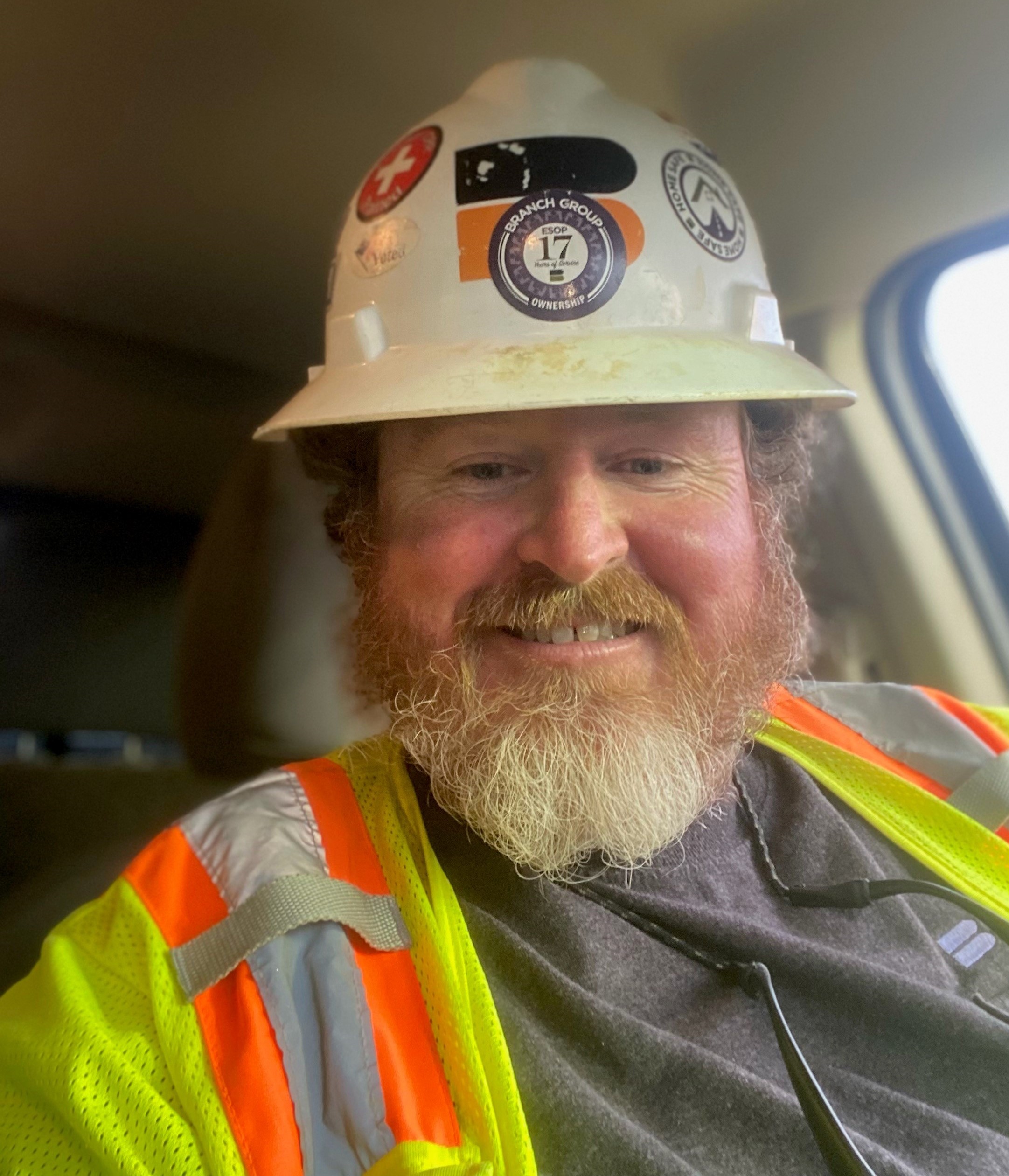 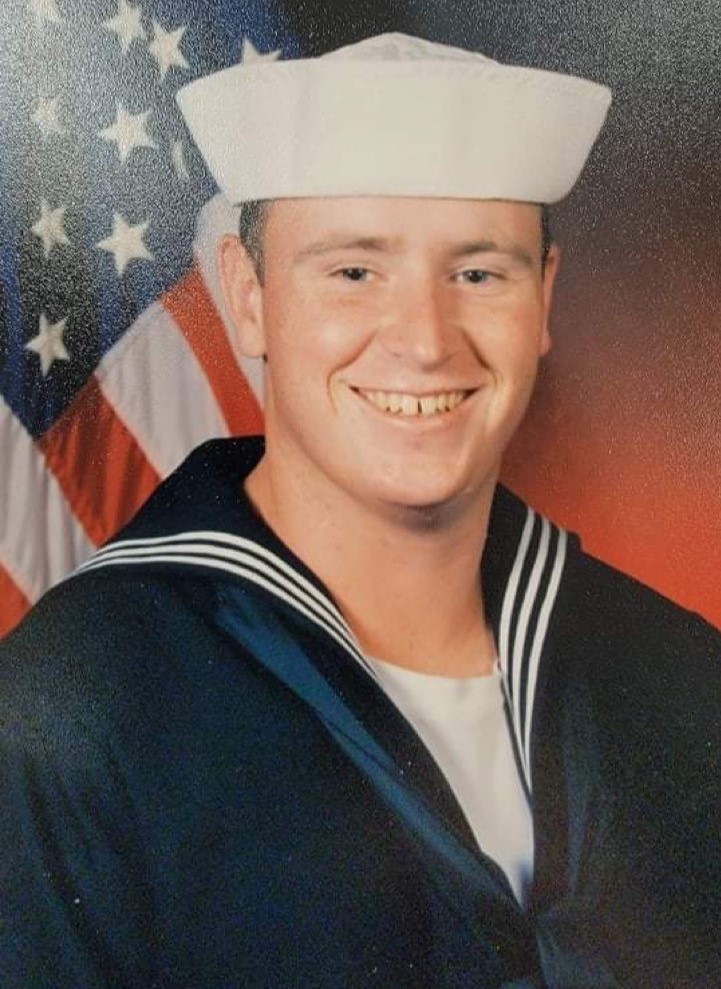 Jeff Bell‘s motivation to enlist in the United States Navy was having the opportunity to travel and see the world. He served from 1990 to 2000 on active duty and as a reservist from 2000-2005. After all these years, he remembers his mom crying on the day he enlisted. Boot Camp graduation and the night they finished Hell Week were a few of his fondest memories. The funniest is seeing someone else get yelled at, while the worst memory was Hell Week.

With all the opportunities, structure, and discipline, the one thing Jeff learned about himself is that he can do anything, as long as he put his mind to it. During his Naval career, Jeff loved the fleet, being at sea, and attended several specialization schools: Navigation School, Small Boat School, Instructor School, Physical Security, Small Arms Tactical, and Ship Handling & Navigation School. Attention to detail, record keeping, and being on time were all imperative while serving, and these military bearings are disciplines Jeff uses every day as Superintendent for Branch Civil. Traveling and serving in Pearl Harbor, Hawaii; San Diego, California; Jacksonville, Florida; Pascagoula, Mississippi; Corpus Christi, Texas; Norfolk, Virginia; and Rota, Spain certainly gave Jeff what he wanted— to travel and see the world. Jeff followed both of his grandfathers by serving in the Navy, while his father served in the United States Army. Jeff believes in the mission of the Wounded Warrior Project and encourages others to consider supporting their important work. 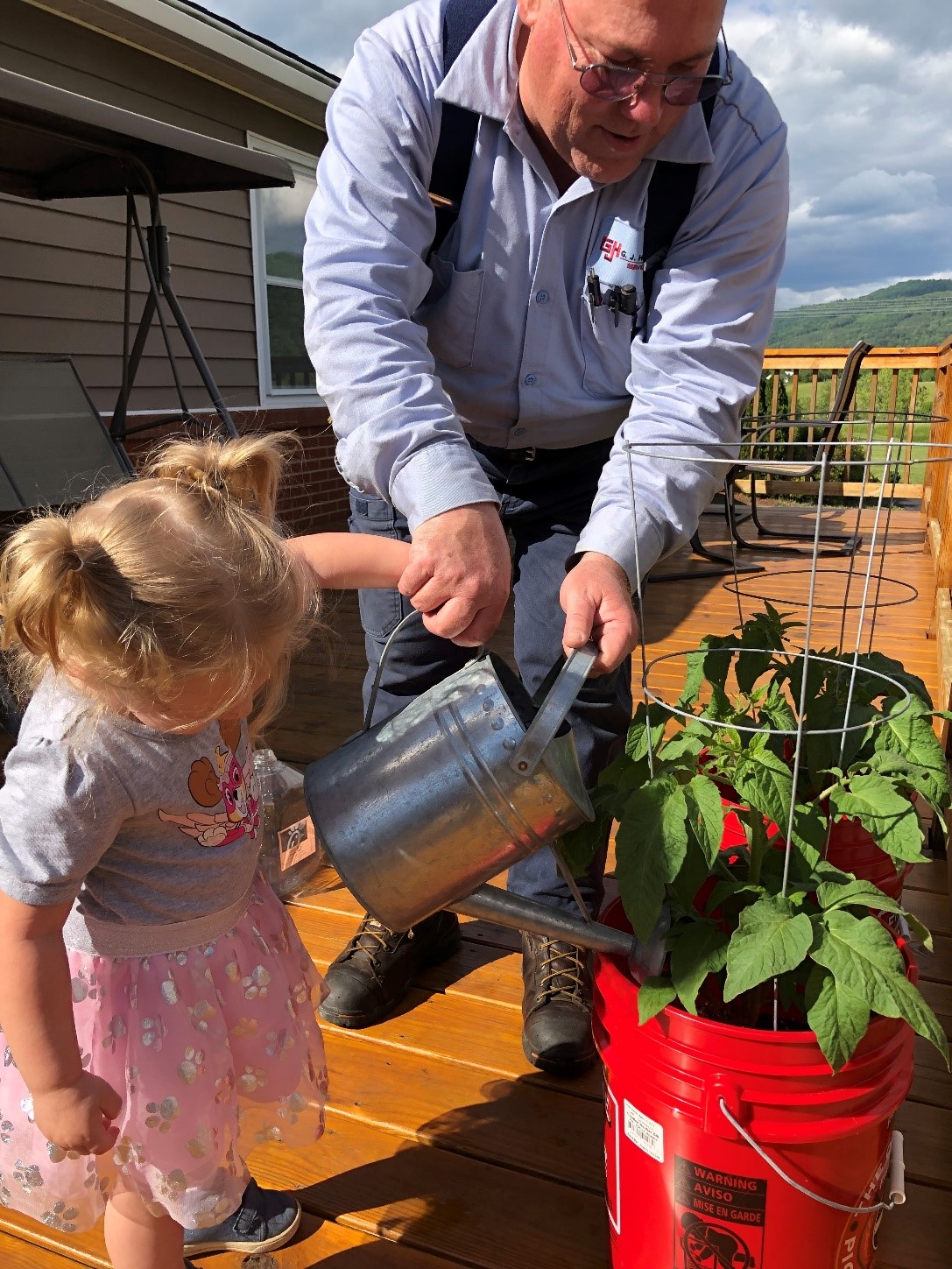 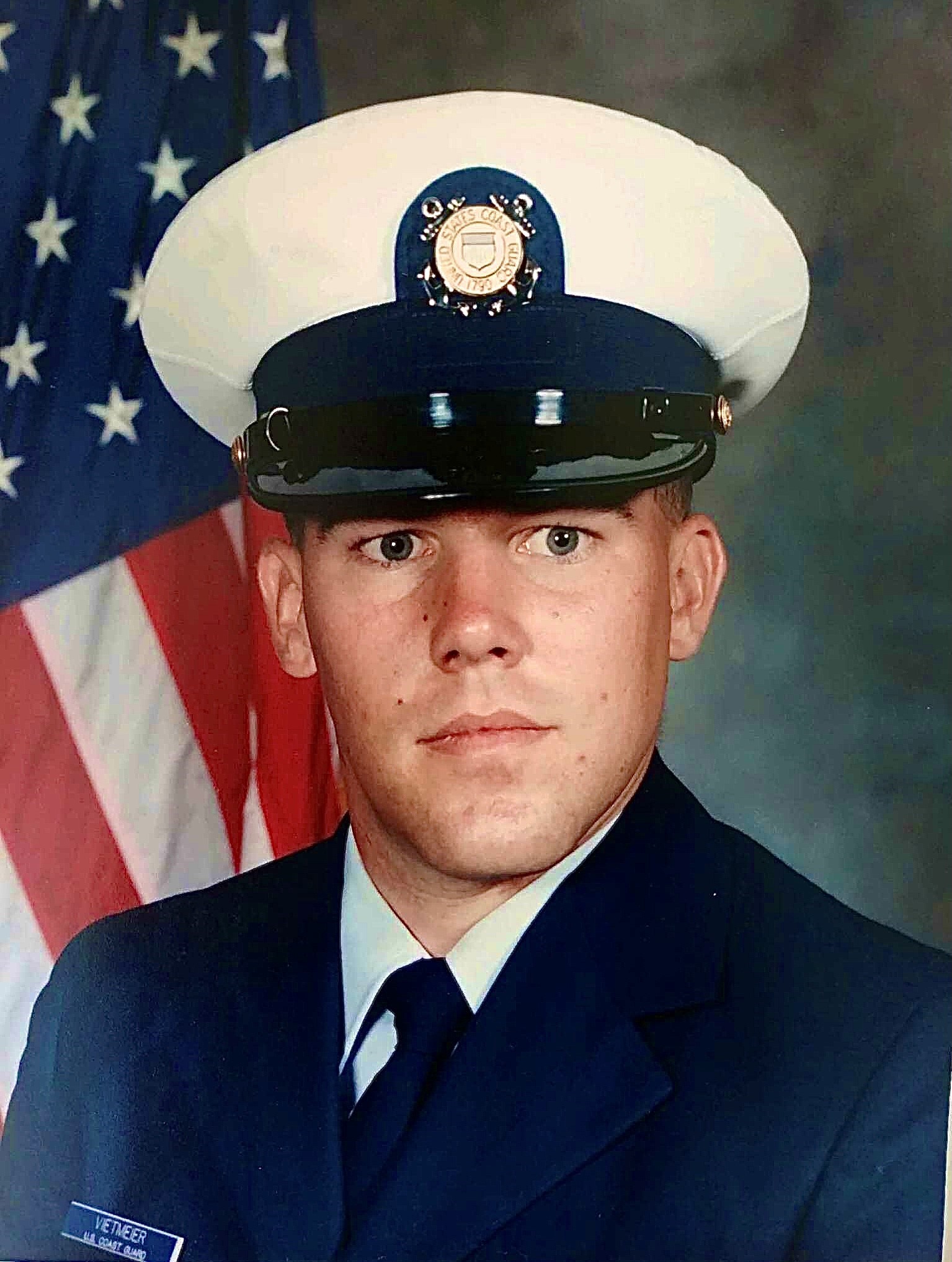 David Vietmeier‘s motivation to enlist in the United States Coast Guard was partially for the GI Bill for education, but being only 21, he admits he needed a lot of maturing as an adult. Holding an Associate of Arts degree in Broadcasting/Telecommunications, he felt that he was floundering in the direction to take his life and career. David enlisted in July of 1987 during peacetime, and he’ll never forget taking the oath of military enlistment. During his transition from Boot Camp to duty, he recalls having a lot of support to ensure a smooth transition to his first billet in Maui, Hawaii. There David was at a small boat station for Search and Rescue (SAR), an apprentice to the Engine Mechanic. Following Maui, he went to Class A & C schools to receive state-of-the-art training on electronics repair and troubleshooting.

Over the eight years of active duty, his life had changed significantly; he was now married with two toddler daughters. David and his family relocated to Central Virginia, and since being attached to the Aviation Corps, he was unable to serve Ready Reservist duties. Therefore, he lateraled his rating to his current occupation as a Utilityman (HVAC/R Service and Installation Technician) in the U.S. Navy Reserves. David pulled duty at the reservist center in Roanoke, right next to the Branch Civil Heavy Equipment Service garage. Lessons learned while enlisted have indeed followed David into his role as a Service Technician at GJ Hopkins, where he works on similar equipment and systems as in the military. David’s attention to detail, a military bearing that continues today, reminds him that it’s just not his life but someone else’s that could depend on it.

David had the much sought-after travel experience and seeing Cape May, NJ; Maui, HI; Coos Bay, OR; Elizabeth City, NC; and Port Hueneme, CA. Coming from a military family, David shares the honor with his father, who served in the U.S. Air Force, his grandfather in the U.S. Army, his cousin in the U.S. Navy, and his brother-in-law in the U.S. Air Force. David encourages everyone to support the mission of the Wounded Warriors Project, saying, “They are doing great things for those who served.” 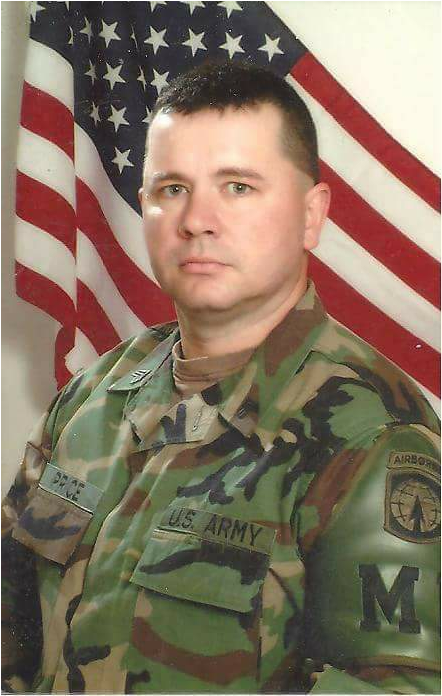 Robert “Bob” Price enlisted in the U.S. Army (and National Guard) in 1982 to take advantage of one of the most sought-after military benefits-education. Wanting to be trained in Highway Patrol, he recalls his mom being upset on enlistment day, but she knew it would help build his future. Bob’s uncle also served one and a half tours in Vietnam. There are always many stories to about Boot Camp; however, his fondest memory is the brotherhood that developed between him and his fellow recruits, while his funniest memory is falling asleep while standing up. Bob learned a lot about himself while serving, but knowing he can push himself past his expectations is his number one.

His transition from Boot Camp was difficult, but in the end, it was worth it to gain so much experience, and the education was outstanding. The special training and schools he attended were Radar School, Sniper School, SWAT Training, EMT during Basic Training, and Combat Life Saver. Bob had many jobs and notable accomplishments in the Army. He was a sniper and had law enforcement certifications in two states. He escorted President Reagan and Senator James Strom Thurman, Sr. (who also once was a military officer), was a Military Police Investigator, a Platoon Sergeant, and even a licensed pilot on the Mississippi River. Bob is a Truck Driver-Heavy Duty +7 for Branch Civil, and the one skill and military bearing he uses daily is following the chain of command and leadership. During his 30 years of service, he experienced Honduras, Nicaragua; El Salvador; the Philippines many times; Iraq; Kuwait; Saudi Arabia; Fort Monmouth, NJ; Jackson, SC; Fort Stewart, GA; and Fort Bragg, NC. Bob’s biggest challenge in transitioning to being a civilian again was understanding there was no code to live by as there was while serving. While serving, the USO was always there for the men and women who served, and Bob encourages everyone to support their impactful mission. 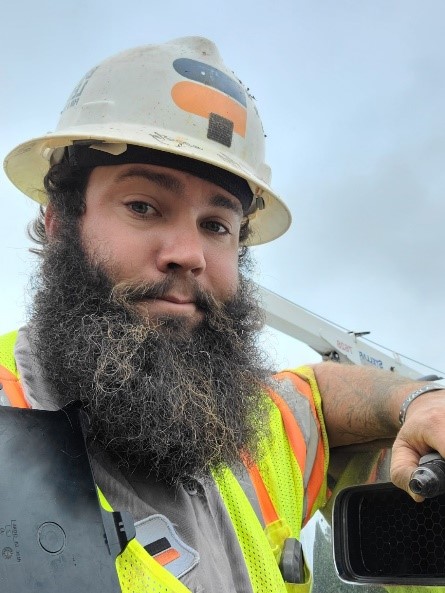 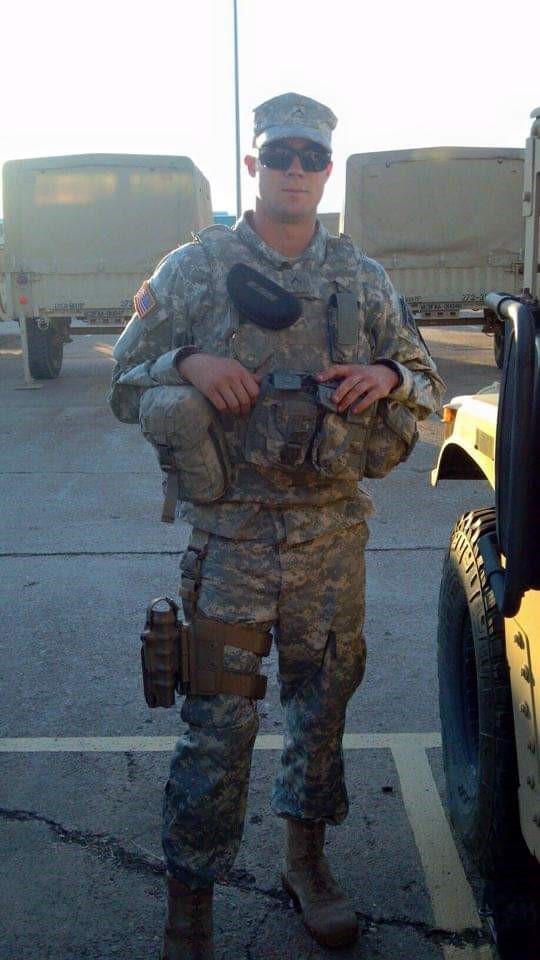 Our families impact our lives and the decisions we make, and for Robert King, his family is why he enlisted. He remembers leaving home the day he headed to the United States Army, Boot Camp. Attending daily physical training or “PT” is one of his fondest memories, and his funniest was having to do pushups and bear crawls because of the other trainees sneaking food out! In all the structure and brotherhood, Robert learned that he is stronger than he thought— if you put your mind to it, you will accomplish anything. The transition out of Boot Camp wasn’t easy; it was very hard trying to fit in.

Robert is a Mechanic-B for Branch Civil, and his training as a mechanic and Military Police transferred nicely into his civilian job. While serving, he received special training and education, but one that stands out is SRT (Special Reaction Team) training. SRT is a specially trained team within the Army’s law enforcement unit that responds to the most dangerous high-risk situation within a military base or compound. A military bearing that stands true today is always being 5-10 minutes early, and as they say, “if you’re not early, you’re late! “One of the biggest challenges during his transition to civilian life was having patience. Robert stays in touch with a few of those he served with and shares his service with his great-grandfather. Supporting the mission of the Wounded Warriors is important to Robert because they have and continue to help so many. 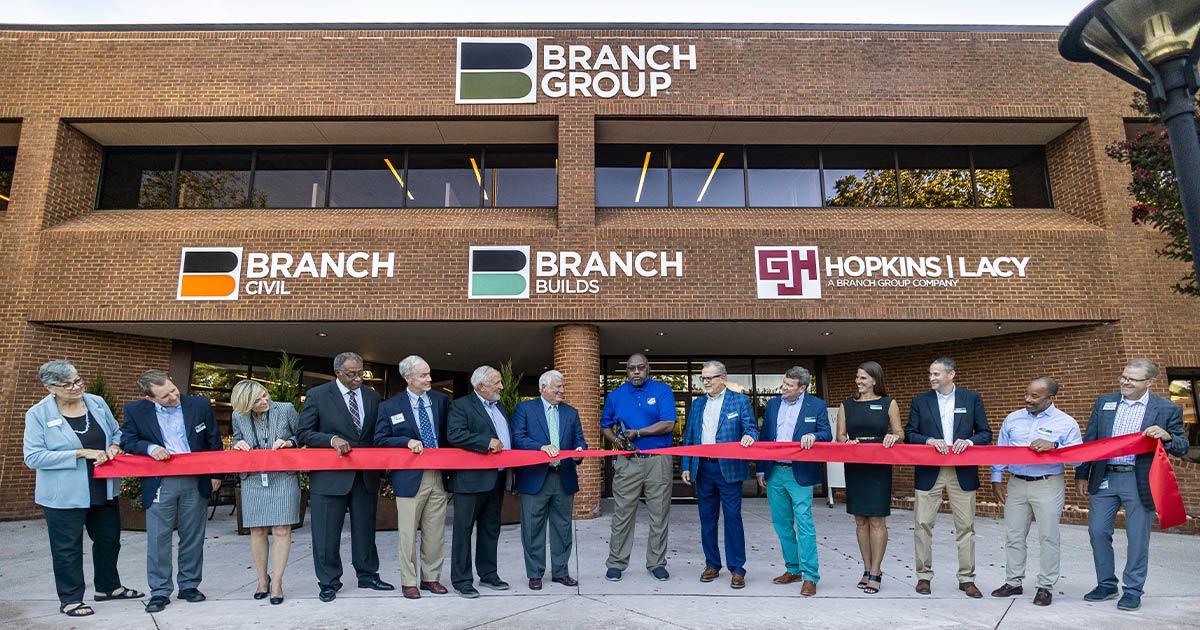 August 2, 2022 (Roanoke, VA) --- The Branch Group recently relocated its main headquarters to 3635 Peters Creek Road, expanding its presence in the Roanoke Valley. The company celebrated this important event with a ribbon cutting ceremony on August 2, 2022. “We are... 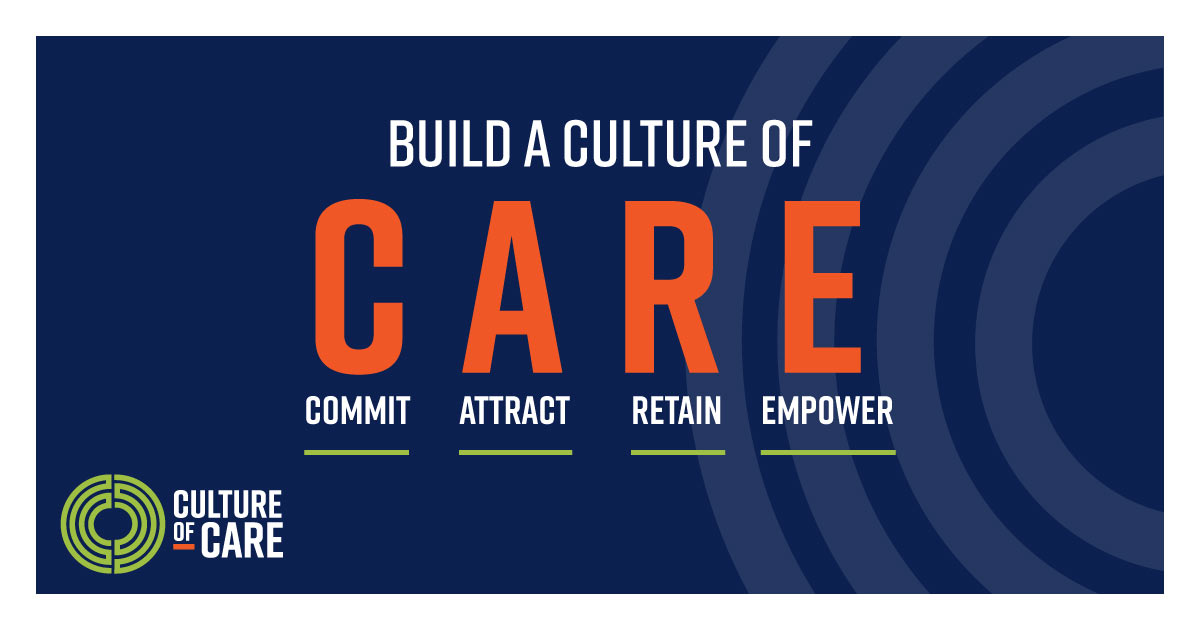 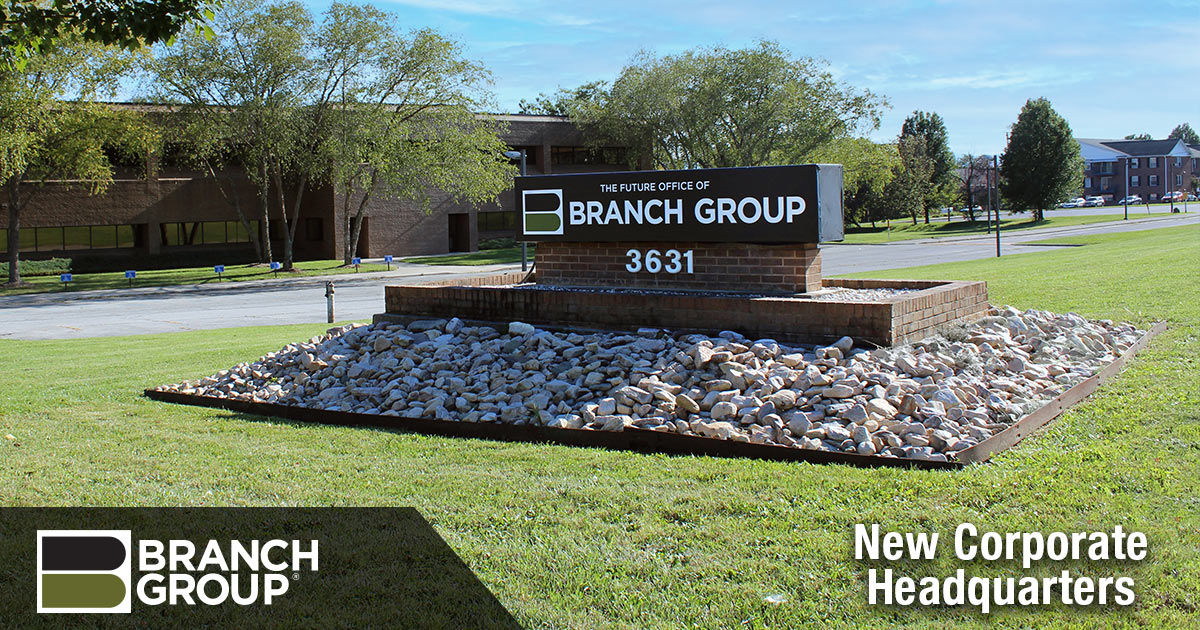 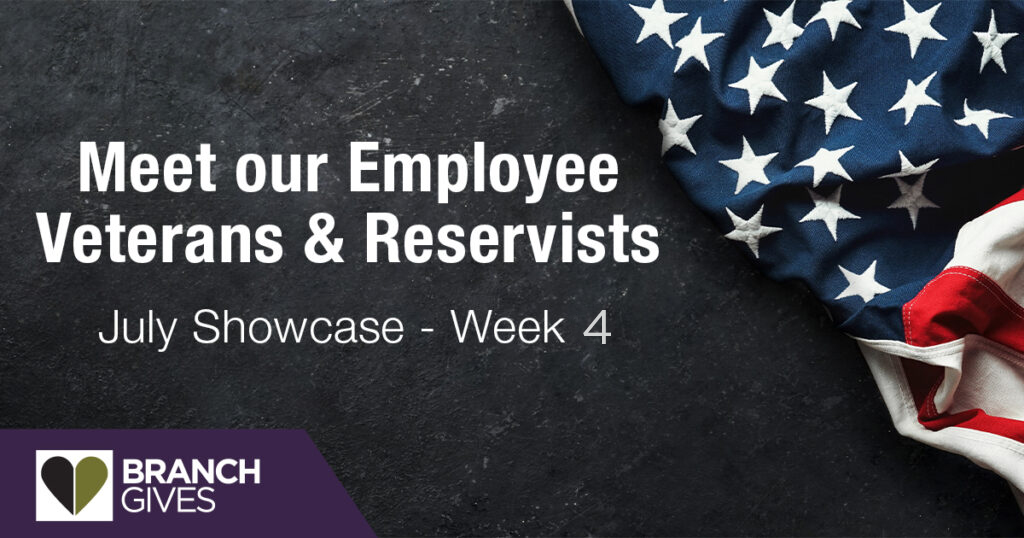 July Showcase - Week 4 Branch Employees who have Served The United States Arm ForcesWade Moulton General Foreman, Branch CivilThe adage “you gotta do what you gotta do” was exactly Wade Moulton’s mindset in 1982 when he hitchhiked to the enlistment office... 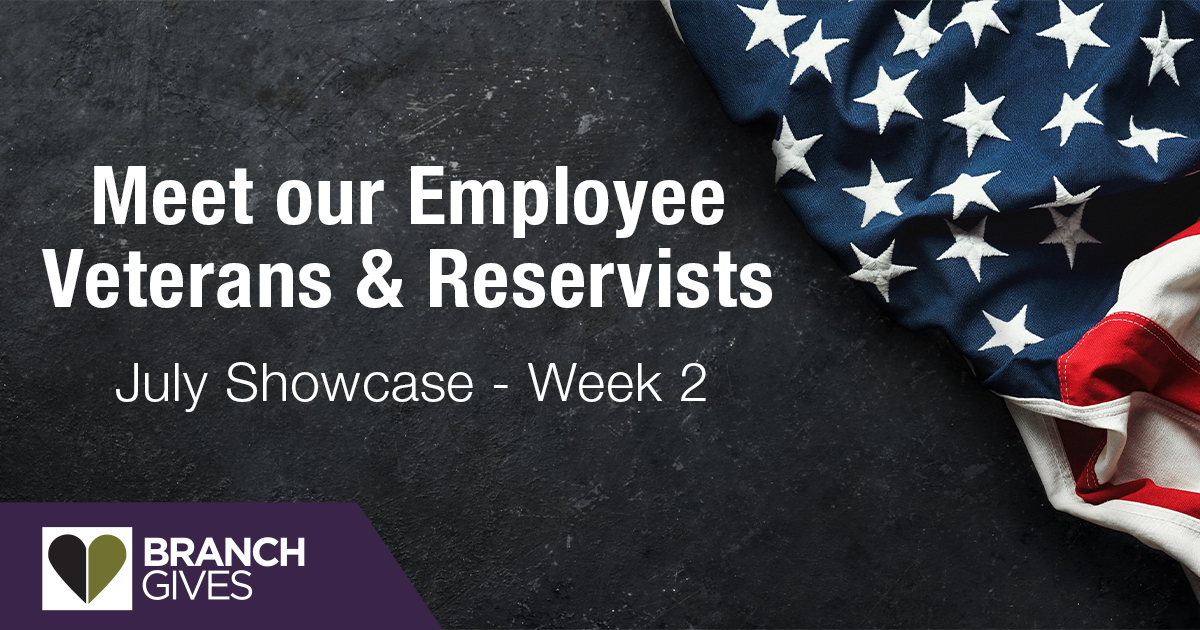 July Showcase - Week 2Branch Employees who have Served The United States Arm ForcesSteve Morris General Superintendent, Branch CivilGetting out of a small town to see what was out there and serve the United States of America was why Steve Morris joined the Army in... 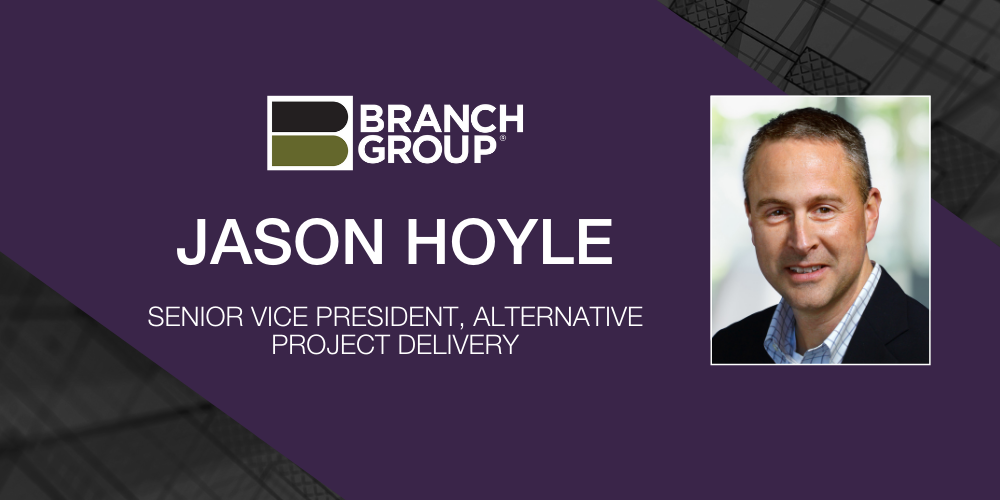