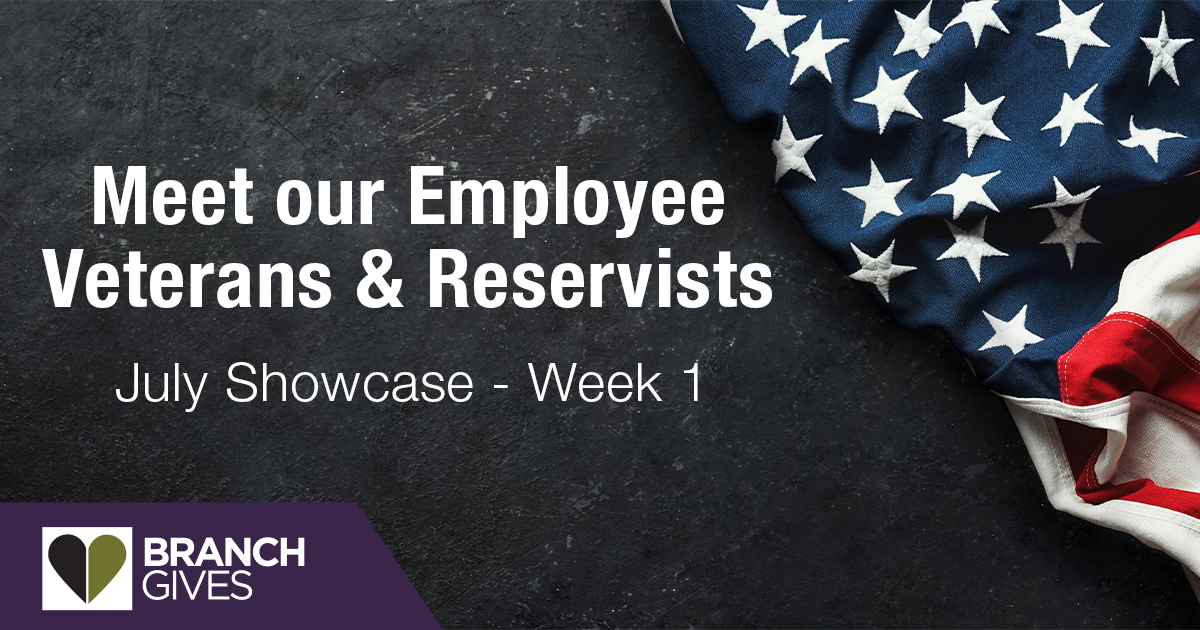 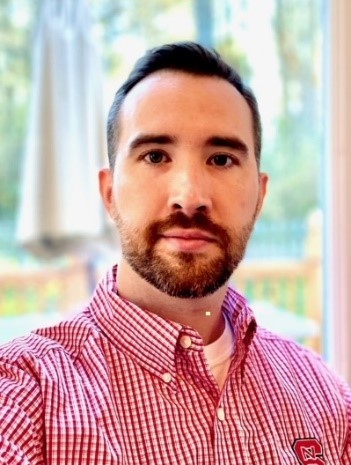 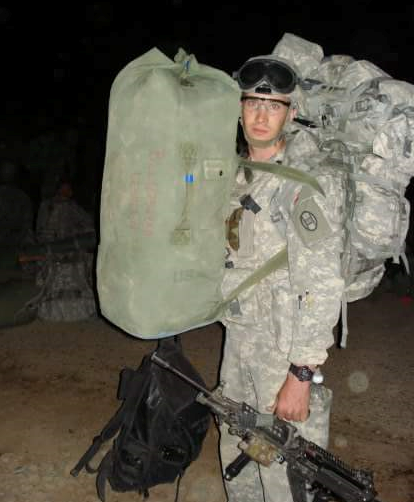 Meet Nate Lesher, an Engineering Intern with Branch Civil. He will graduate this December with a bachelor’s degree in Construction Engineering from NC State University. Nate served with the NC Army National Guard unit: B co. 1-252 CAB, Smithfield, NC. He completed one tour in Baghdad, Iraq, in support of Operation Iraqi Freedom during 2009. He joined the Army to serve the United States and its citizens while being molded into a better human being, and he was more than proud to recite the Oath of Service during his enlistment processing.

As for his memories of Basic Combat Training (i.e., Basic): the fondest are of the camaraderie he experienced, the funniest was the 2:00 AM fire drills, and the worst memory was learning that his dog had died soon before he was to return home. He learned a lot about himself, especially that he was more capable/formidable than he had previously imagined. After Basic, most soldiers go on to Advanced Individual Training (AIT). However, Nate joined to be an Infantryman; so his Basic was slightly different. He completed what was called OSUT – or, One Station Unit Training. This means his Basic consisted of almost 15 weeks of advanced combat tactics instead of the standard 8 or 9 weeks.

When asked if he is using his military learned skills/specialty in his current job at Branch, he responded, “Physically, no – not really. Mentally, I use my training every day. My training is the reason I seem to be the only person in a positive demeanor when it rains because ‘God gives us rain to wash off the mud and the blood.'” His biggest challenge during the transition to civilian life was, and remains, PTSD. Yet, he feels privileged to have served at the side of his brother and uncle while in Baghdad, and their support and understanding will never fade. We hear a lot about “military bearings,” and Nate projects LDRSHIP every day: Loyalty, Duty, Respect, Selfless Service, Honor, Integrity, and Personal Courage. Lastly, Nate recommends Mission 22 as a military charity whose mission is to assist Veterans with effective and proven treatment for PTSD, a recovery and resiliency program. We thank Nate, his wife, and his children for their sacrifice and support. 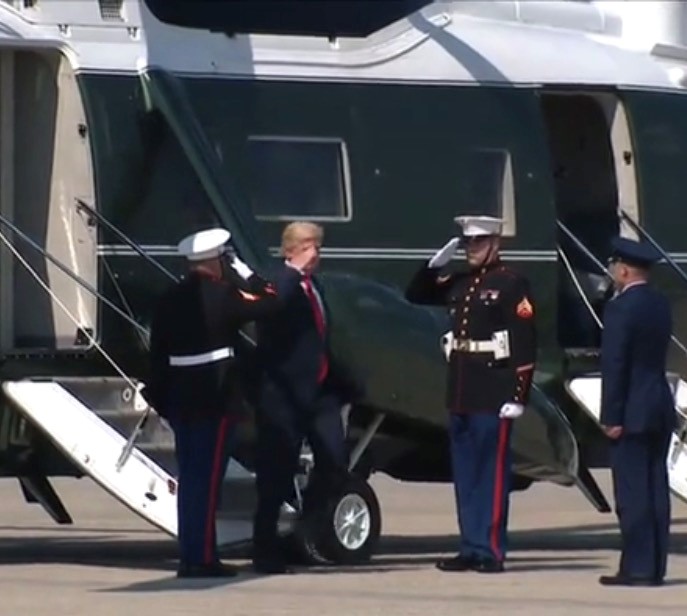 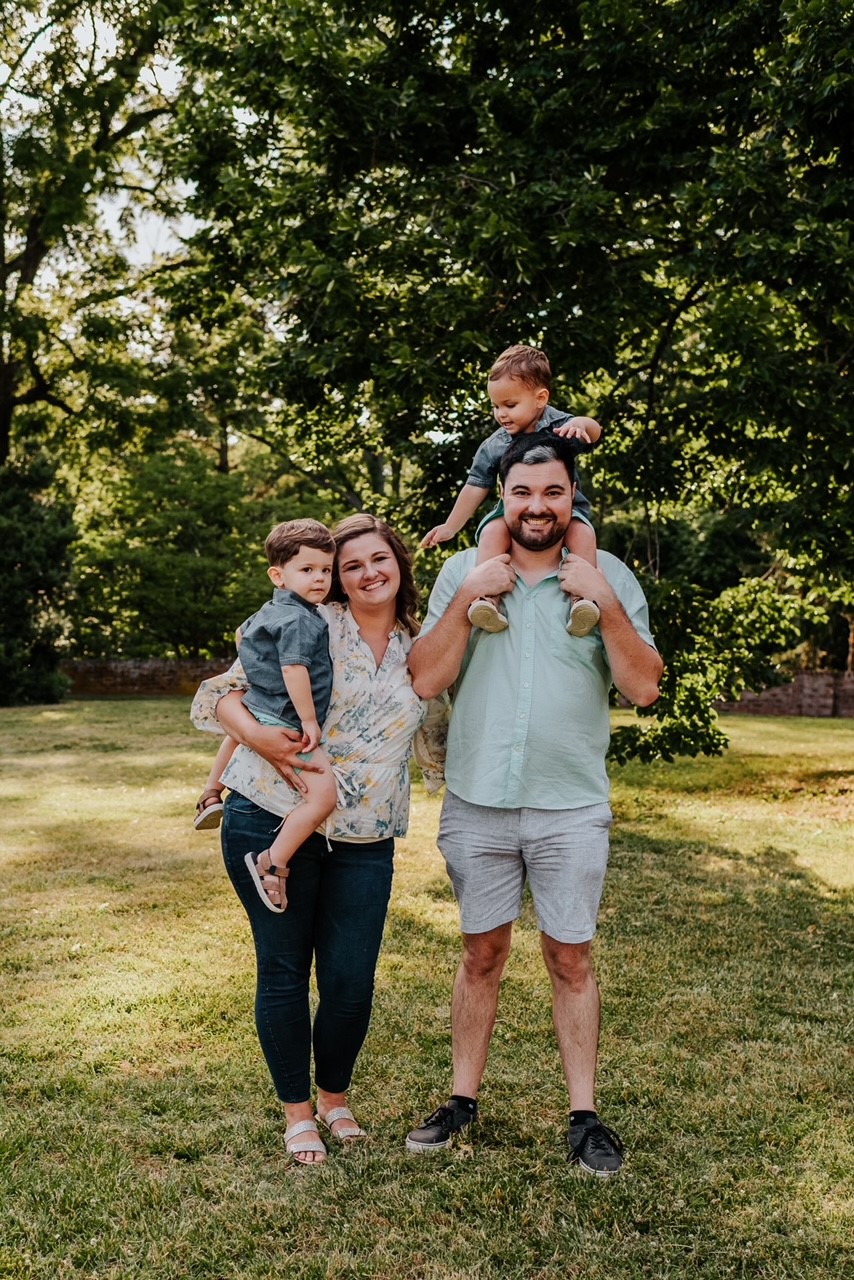 The opportunities our servicemen and women have are enough to give you goosebumps. Marcel Cruz, the Branch Group’s Corporate Safety Representative, had the honor to serve as a security guard for Marine One, the presidential helicopters! Marcel served in the Marine Corps from 2013 to 2018. The day he enlisted, he was nervous and excited at the same time. Joining the Marines was very intimidating, yet riddled with a feeling of pride.

During Bootcamp, his fondest memory was finishing the final hike to earn the title of “Marine.” His funniest memory was watching the drill instructors mess with other Marines – which meant leaving him alone! His worst memory is having to do push-ups continuously in his on vo**t, but he learned a lot about himself and was a lot stronger and more determined than he could have ever imagined himself.

He enjoyed his training as a Marine once Bootcamp ended, which helped developed who he is today — ensuring procedures are followed and always keeping safety first and foremost. His military bearings are still present as he speaks respectfully, listens to authority, and always does his job to the best of his ability. Civilian life has its challenges, and finding a job Marcel was satisfied with was his number one. Although stationed at Quantico, VA, he traveled worldwide for his duty to places like Brisbane, Australia; Brussels, Belgium; Warsaw, Poland; Seville, Spain; and Kingston, Jamaica. Marcel is the only military member in his family but keeps in touch with his military family. Marcel’s charity of choice is the Wounded Warriors Project, assisting Veterans and service members who incur physical or mental injury, illness, or wounded while serving in the military on or after September 11, 2001. 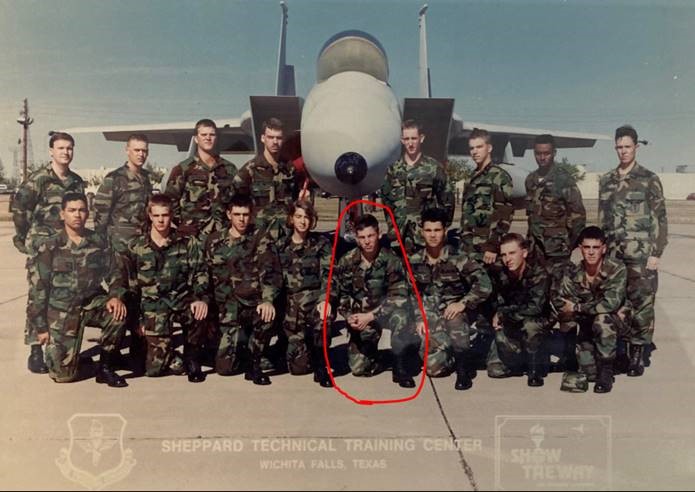 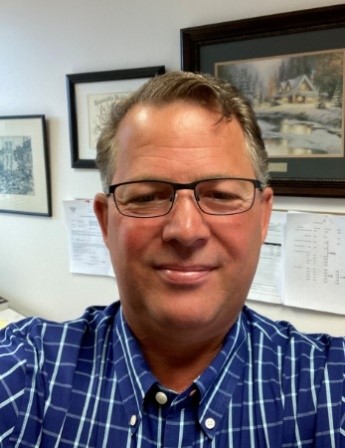 “What the heck did I just get myself into?” is what Breck Richbourg remembered saying the day he enlisted and admitted the movie “Top Gun” was instrumental in his decision to enlist.

As an f-15 Crew Chief for eight years in the United States Air Force, his attention to detail, supervision over quality assurance, and support equipment maintenance have proven invaluable as an Electrical Project Manager with GJ Hopkins l Lacy. His fondest memory of Bootcamp is the bond everyone had by the end of Basic Training (even with the Training Instructors). His funniest memory was shoving bread into their BDU’s (Battle Dress Uniforms) so they could eat later in the day when the training instructors weren’t around. Drinking three glasses of water before every meal was the worst, but one thing he learned about himself is that anything is possible – mind over matter.

After weeks of training, freedom is what comes to mind when Breck reflects on his transition out of Boot Camp. While there was lots to learn and routines to follow, being on time was the most critical skill learned and Breck practices this every day. During his time in the Air Force, he was at Lackland Air Force Base, TX, Sheppard Air Force Base, TX, and Langley, Virginia. During his eight years of service, he met many people and still stays in touch with a friend in Ohio. Breck comes from a military family; his father was a Vietnam Veteran, his grandfather was a WW2 Veteran, and his brother served in the Army. Breck’s charity of choice is Disabled American Veterans. 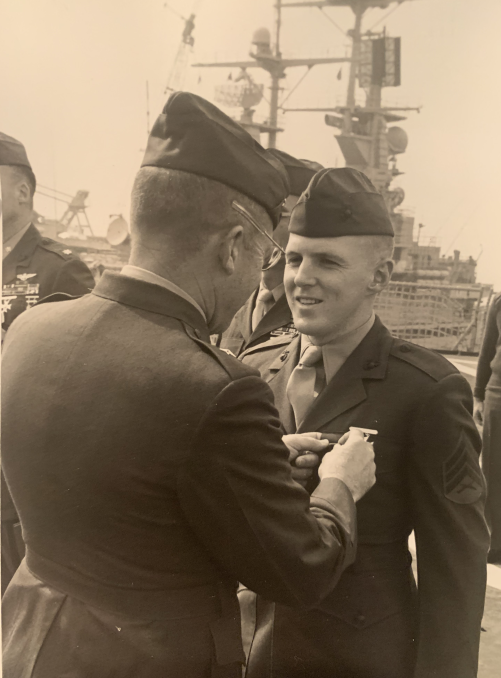 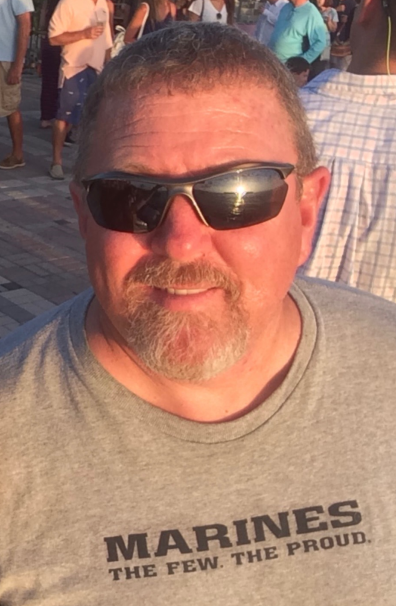 Everyone has a pivoting point in their lives and in 1976, Randy Bayer needed a change and enlisted into the United States Marine Corps. Today, he is the Project Superintendent for Branch Civils’ FredEx Project. He served from 1976 to 1980 and vividly remembers getting off the bus at Parris Island. He shared that his fondest memory of Boot Camp was graduating as a Platoon Honor Man (top of his platoon) and his worst memory was the first night with the new Drill Instructors. These experiences taught him a lot, but learning not to limit himself has carried him through life. Transition back to civilian life for our Veterans is different for all, depending on their rate, location, and whether it was during war or a time of peace. Randy says he is still transitioning.

As an Aviation Operations Specialist, he uses his leadership skills learned in the Marines every day as Superintendent. Many don’t realize the Marine Corps is part of the Department of the Navy, as ground troops which launch from the sea by naval forces. Randy spent two years aboard the USS Mount Whitney (LCC 20) with the 4th Marine Amphibious Brigade and two years at the Marine Corps Air Station (MCAS) in Tustin, CA. Both of his brothers served, one in Army Reserves and one in Maryland National Guard.  Supporting children is essential, and Randy encourages all to help the Marine Corps Reserve Toys for Tots. 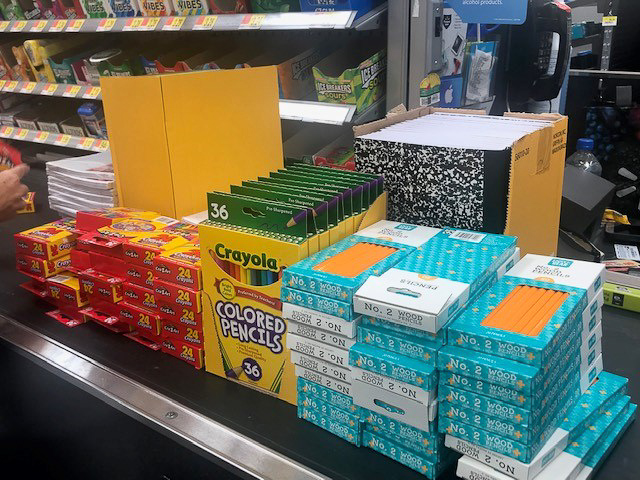 The Branch Group, Branch Civil, Branch Builds, and GJ Hopkins had a great time working with the Rescue Mission to help prepare 1,000 students in the Roanoke Valley with donated school supplies and backpacks, and 500 pairs of new shoes....