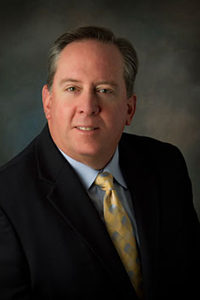 Will Karbach’s fascination with the construction industry started when he was a kid. He loved playing with Tonka trucks, and his dad would always get on him for leaving them scattered across the garage. As Will got older, he discovered that he enjoyed civil engineering because there was a sense of balance to it, and that’s the path he took.

Will earned his civil engineering degree with a specialization in construction management in 1987 from Rutgers University in New Jersey. He spent eight years gaining experience and worked his way up from estimating engineer to project manager. Eager to find a new opportunity to help support his wife and three children, Will applied for a position at Branch Highways (now Branch Civil) in 1996. Tom Partridge, former vice president of operations and eventual president of E.V. Williams, hired him as an assistant project manager, and Will quickly was promoted to project manager. Some of the work he’s proud of from that period includes the Roanoke-Blacksburg Regional Airport, Central Virginia Storm Water Reservoir, and MeadWestvaco.

Will’s primary responsibility as CEO is overseeing The Branch Group’s profitability and growth through development, monitoring, and execution of the company’s business plan. Even though he’s been in the role for nearly 10 years, he still finds it humbling that he’s the leader of a company with almost 1,000 employee-owners.

“I’m sure other presidents and executives would agree that it’s an honor you’re never quite comfortable accepting. There are times when you’re pretty sure you don’t deserve it,” Will explained.

No two days are alike for Will, and when he’s in the office for too long, he starts reminiscing about his time in the field. He misses the smell of diesel, dirt, concrete, and bad trailer coffee and the sound of an engine revving up to its operating RPMs. He’d like to visit job sites more frequently, but he knows the work happening behind the scenes helps put jobs in place and a few more dollars in employees’ pockets.

“I like it when things go right, and I like seeing people succeed. The gratification they feel and having a part in helping them win is exciting.” Will said. “It fires my rockets to have a hand in getting and doing the work.”

One of Will’s goals as CEO is to win the “War for Talent.” There’s been a decrease in the number of people entering the industry, but he is working to help fix the problem. The Branch Group has invested significantly in resources to help with recruiting and marketing in order to find and hire the best possible talent.

“There is not a better time to enter construction, either in the trades, field management, or as a construction professional. There aren’t enough people, and if you’re reliable and bright, you could have a nice future ahead of you,” Will said. “To succeed in this industry, you can’t be a passive observer of your career. You have to be willing to learn and raise your hand for every opportunity.”

Will attributes his success to understanding and embracing Branch’s culture, core purpose, and core values. Having a working knowledge of accounting, finance, human resources, business systems, and more is imperative for anyone wanting to climb the ladder. But don’t panic, Will is confident that if he can learn it all, anyone can.

“It’s rewarding to point out what you’ve had a part of building to your family and friends,” Will said. “Not every day in this industry is a cakewalk, but there’s a lot of fun to be had.”
______
Established in 1963, The Branch Group touches on all aspects of the built environment through its four subsidiaries: Branch Civil, Branch Builds, G.J. Hopkins, and L.A. Lacy. Rooted in a history of mutually beneficial relationships with clients and industry partners, the company continues to enhance its reputation as a respected name in the construction industry within the Mid-Atlantic and Southeastern United States.

If you’d like to learn more about a career in construction with The Branch Group of any of its subsidiaries, please visit branchgroup.com/careers. 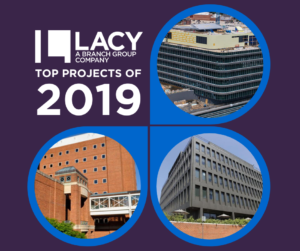 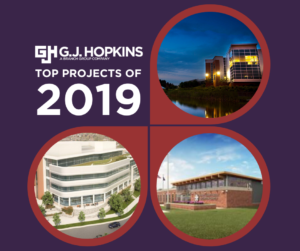 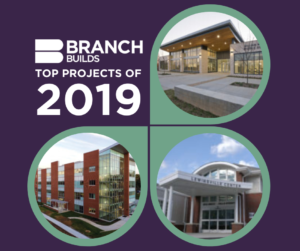